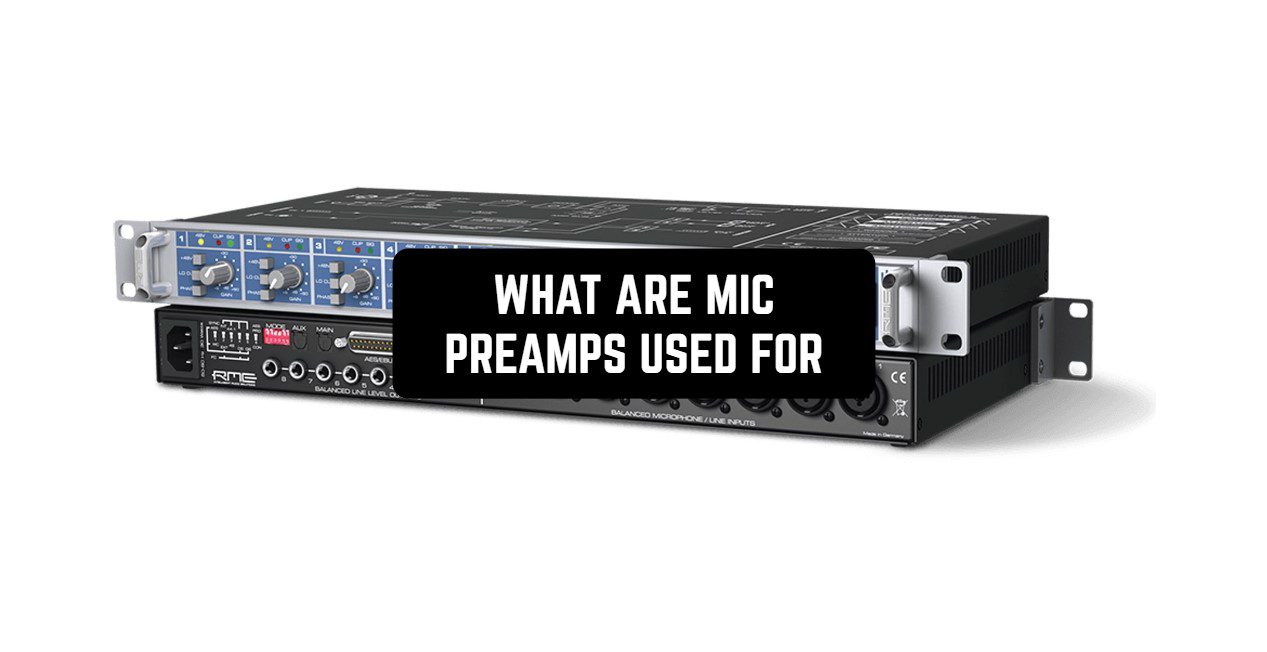 In case you are new to the world of microphones and just trying to learn everything at the moment, in the following article, we will tell you what are mic preamps used for.

Let’s start with the fact that the microphone signal themselves are extremely weak. And usually making the recordings in the studio requires lots of gains, around 30-60dB.

There is a mic preamplifier (or a preamp) and it can boost this signal of a microphone or of an instrument. Therefore, this instrument will be able to be compatible with the recording equipment.

Let’s see which kinds of mic preamplifiers are out there.

In the case of the condenser microphones, the preamp is needed to be used after the device has received the source of the phantom power.

An interesting fact is that all the top-level preamps come with phantom power capabilities.

And nowadays almost each high-quality recording software has a built-in preamp to make the process better. In any device that has a microphone input, there is a mic preamplifier.

And no matter how many mics you have connected to this device, each channel will have this preamp.

There are also outboard microphone preamps and they are usually expensive. If you’ve ever been to a professional recording studio, you must have seen those. They are usually mounted inside the rack units.

When an engineer chooses to use a dedicated mic preamp, it bypasses the preamps found in audio interfaces and mixing desks. Usually, each engineer has his own favorite preamp that he prefers to work with.

In general, the mic preamp will help you to achieve higher sound quality. Most recording studios usually have several types of them, so they can compare and use each one that fits better to the different types of sound.

Choosing the right microphone preamp is a crucial part and it will influence the quality of the sound that you will get eventually. Of course, we would recommend buying a dedicated mic preamp instead of a cheaper one with plug-ins.

You may also like: 7 Best microphones for computer recordings

But everything depends on your level of experience. If you’re doing studio recording and mixing professionally or looking forward to it, then you should go for a dedicated preamp. If not, then a regular one will be fine, but take into consideration that its gain has a higher level of distortion.