Characteristics. Dynamic microphones don’t require external power sources. Their main advantage is durability. Plus, these mics are great at capturing high-volume sounds. Their SPL (sound pressure level) is usually high. Dynamic mics are used for singing and other performing activities. Besides, they are great for recording bass sounds – bass guitars, drums will all sound great if recorded with these mics. Dynamic models can be found in studios as well, however, nowadays most studios embrace condenser microphones. 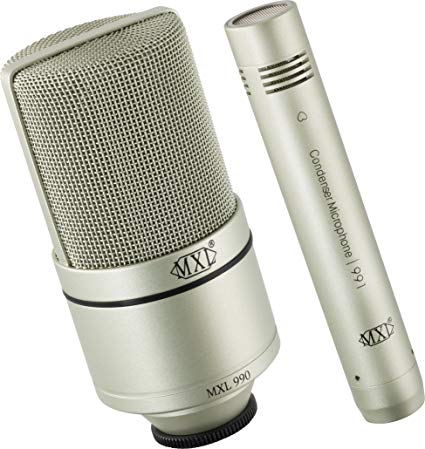 The working principle. Condenser microphones have a capacitor with two metal plates. One acts as a diaphragm, the other as a backplate. Sound waves change the distance between these two. When this change occurs, the output voltage also changes.

Characteristics. Such microphones require a battery or phantom power supply. They are highly sensitive and can capture specific intonations of your voice, trembling, and other elusive details. People use them in studios for recording vocals, voiceovers, podcasts, and more. The areas of application are numerous. Today 70% of microphones on the market are condenser ones. They have been the leaders of this industry since the 1970s and still maintain this top position.

The third type of microphones in the classification based on conversion technology is ribbon microphones. We won’t discuss their working principle since these mics are commonly considered to be redundant. If you own a ribbon microphone, you can still use it, of course. However, if you want to buy a new microphone, don’t even look at ribbon models.

One more popular way to sort out microphones is based on directionality or polar patterns. Microphones can be either directional or omnidirectional. In reality, there are much more polar patterns, however, they all can be reduced to the two main ones. 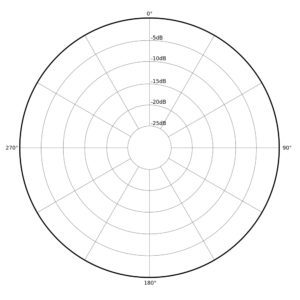 Omnidirectional polar pattern picks up sounds from all sides. It doesn’t filter anything. If there is a sudden movement in the room, this movement will appear on the record. Everything that is happening in the area close to the mic is both amplified and recorded.

Such characteristics can be both advantageous and disadvantageous. If you want to capture and convey the atmosphere of some event or some venue, a microphone with an omnidirectional pickup pattern will be of great help. However, if you need to emphasize a particular sound source, you need to use a directional microphone that can block background noises. An omnidirectional mic can’t do that since it picks up everything. It can produce naturally sounding records, however, there can be undesirable elements in them. 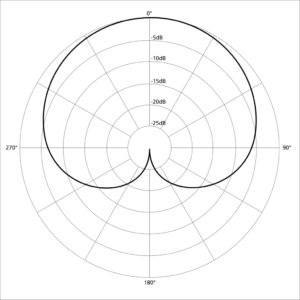 Cardioid polar pattern has a heart shape that you can see in the picture. This pattern mostly captures sound waves that come from the speaker, singer, etc. – from the front. Thus, it ignores everything that may come from the rear.

The other types are supercardioid, hypercardioid, bidirectional, and unidirectional. The first two – supercardioid and hypercardioid – are narrower than cardioid. Besides, they actually capture some of the rear sounds. Due to the fact that they are more pointy, they should be directed at the sound source more carefully – otherwise, you will not hear or record anything. Some feedback sounds will be there since these polar patterns are kind of bidirectional.

Bidirectional is also the name that refers to figure 8 polar pattern. It literally looks like 8. Many ribbon microphones have this kind of polar pattern, but as we have already found out, ribbon microphones are practically not used these days. As for unidirectional microphones, they obviously capture sounds just from one side. These mics are strictly directed at one point which at times can be convenient – especially if you need to eliminate an environmental effect.

Microphones can have different shapes. Your smartphone has an embedded microphone. Cameras can have them. Many other devices built for communication contain microphones. The examples are numerous! There are, however, few particular shapes of microphones in which they come separate from other devices.

Goosenecks microphones are installed in conference rooms. They are used for official gatherings, business and political meetings, educational purposes. Such mics are usually placed on the desktop. Some models can also be attached to the desktop with the help of a special clip-on.

The stand of gooseneck microphones is usually equipped with a switch button so that the speaker could turn the mic on and off when needed. The polar patterns attributed to such mics are usually cardioid or supercardioid – either way directional.

Boundary microphones are also used in conference rooms, but also in churches, theatres, and other places with good acoustics or the places where acoustics needs to be improved. These mics are attached either to a wall or to the floor.

They amplify the surroundings, so to say. Sometimes these mics are also used for recording. Polar patterns can vary, so you can choose the one that you need.

Binaural microphones are very unusual. They usually come with a dummy head or dummy ears. The purpose of using such mics is to convey the sound as accurately as possible – in other words, to reach the highest level of fidelity.

Most of us would like to hear music that is very close to what we hear in live performances. So the musicians and other people who work with sound are trying to make this possible. The latest invitation in this field is binaural microphones.

Headset microphones are used by people who move while they speak. It is easy to be active when your mic is close to your mouth and stays there all the time without the necessity to hold it. You don’t need to make regulations, change the distance or the disposition of the mic – it is always in the right place.

That’s why headset microphones are popular among trainers, fitness instructors, and travel guides, but also among reporters, journalists, and radio hosts. 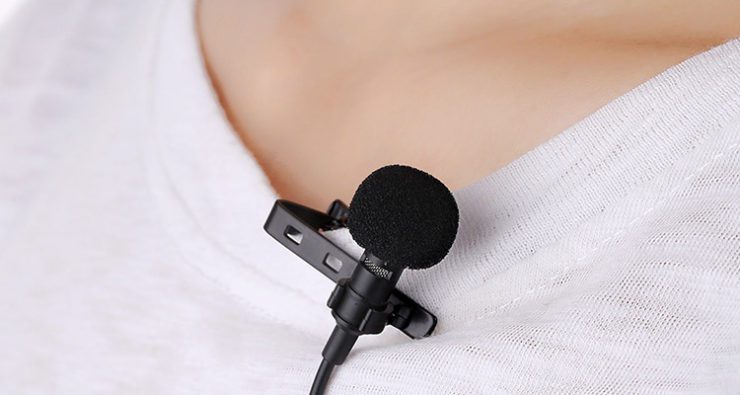 Lavalier or clip-on microphones are attached to clothing. The areas of their application are numerous. These mics are used in conferences, theatres, interviews, and many more.

Their elusiveness let them stay hidden from the sight and unnoticeably amplify the voice of the speaker. Most of the models have an omnidirectional polar pattern.

Last but not least model is shotgun microphones. Shotgun microphones, as discussed earlier, are unidirectional. Their tubes can have different lengths. The longer the tube, the narrower the mic’s pick-up angle. Because of the fact that these mics are very directed, it is important to hold them exactly before the sound source.

Shotgun mics are used in broadcasting, film production, sports interviews, and more. They are quite sensitive so it is better to have a windscreen on in order to avoid unpleasant background noises.

That is it. We hope you enjoyed this little immersion in the microphones world!